Did you know that over the last 15 years Texas has spent more than $168 million in taxpayer funds on fake clinics or “crisis pregnancy centers” and is now proposing to spend another $100 million in the next two years?

In 2005, anti-abortion lawmakers created the “Alternatives to Abortion” budget item by redirecting money from the Federal Temporary Assistance Aid to Needy Families (TANF) grant. Since then, our state has funneled millions of taxpayer dollars to unlicensed and unregulated fake health centers that intentionally mislead pregnant people. These “clinics” function primarily to dissuade people from getting abortion care, but provide no prenatal care. 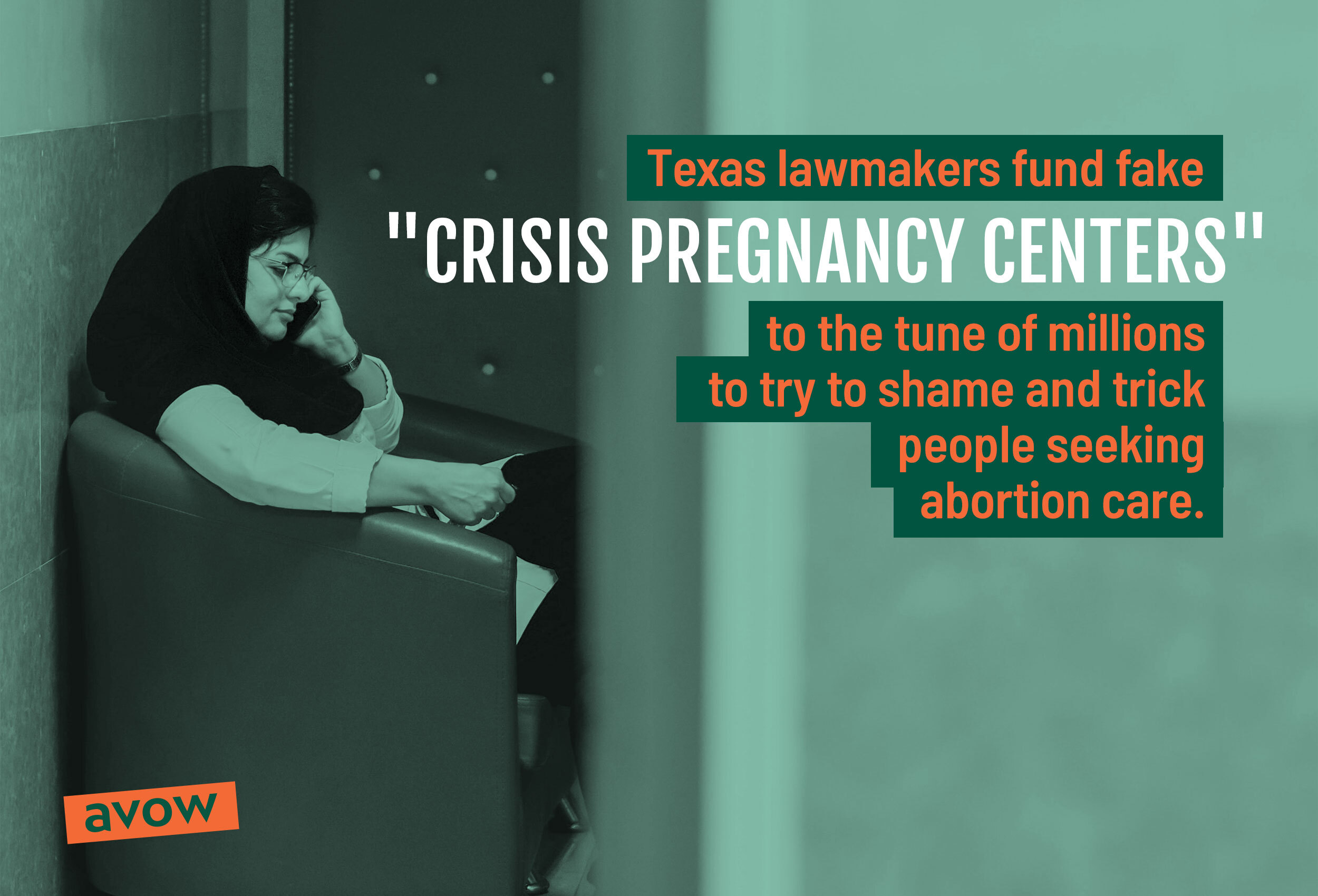 Alternatives to Abortion has failed to provide meaningful services to Texans and has had its funding increased by a whopping 1600% in 15 years. Meanwhile, lawmakers slashed the family planning budget by two-thirds in 2011 and passed laws intended to shut down abortion clinics and prevent people from accessing abortion.

Worse, there is no oversight on how Alternatives to Abortion funds are used. That’s because lawmakers didn’t write any legislation or direct any agency rulemaking, they just diverted the money to these fake clinics.

Last session, anti-abortion lawmakers doubled down on their bad investment and gave Alternatives to Abortion its largest increase in history. Now, they want to increase funding again to $100 million in the next two years.

The lack of clarity and truth about crisis pregnancy centers is exactly what allows them to thrive, especially in Texas where many real clinics have closed and where residents may not be aware of current abortion restrictions. While there are well over 200 fake clinics in Texas, there are currently only 22 clinics that provide abortions.

It’s clear that Alternatives to Abortion isn’t about public health — it’s about giving handouts to the anti-abortion movement. Instead of wasting our taxpayer dollars, Texas needs to invest in proven public health strategies like expanding Medicaid and increasing family planning services, including allowing CHIP to cover birth control. 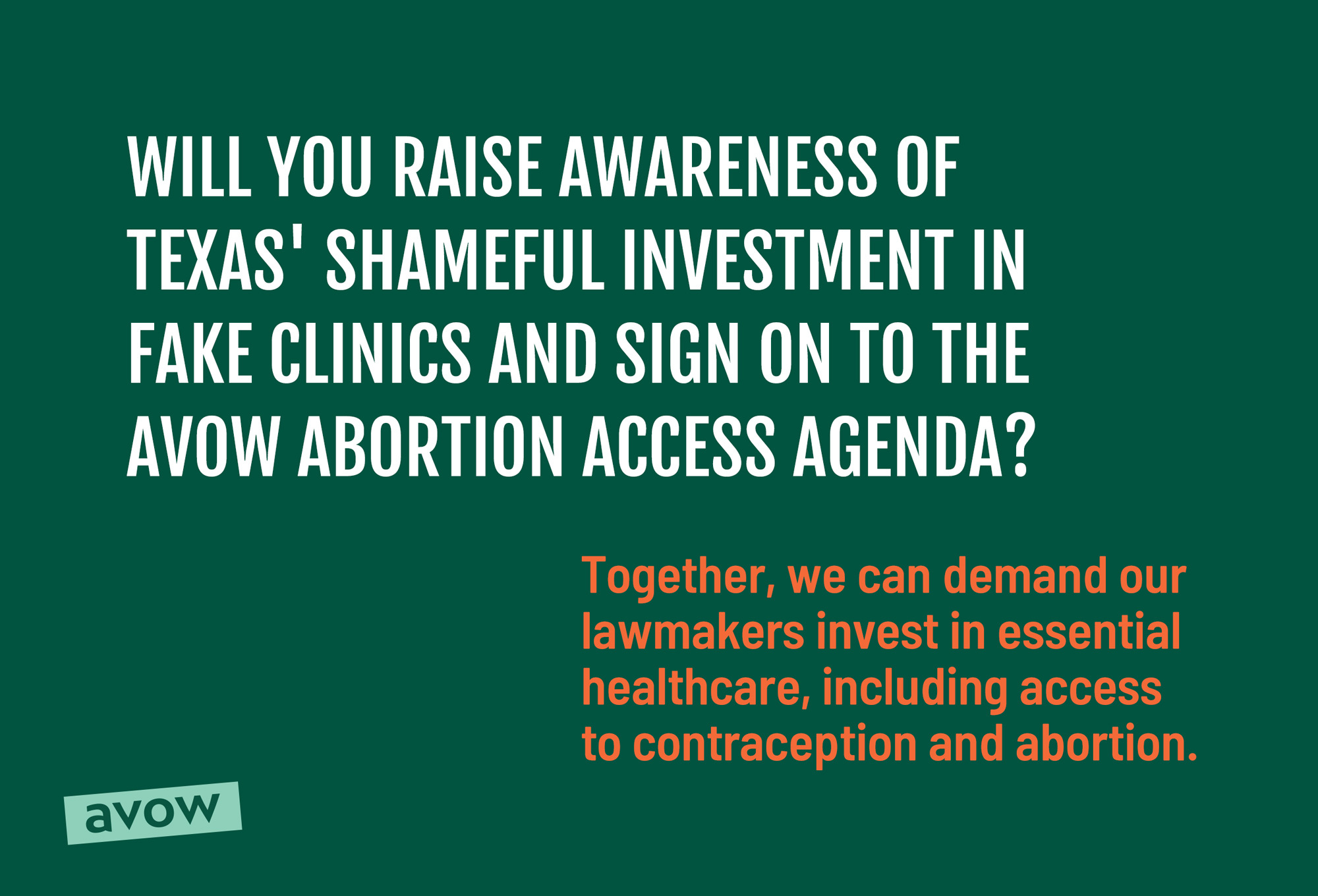 Will you raise awareness of Texas’ shameful investment in fake clinics and sign on to the Avow Abortion Access Agenda? Together, we can demand our lawmakers invest in essential healthcare, including access to contraception and abortion.

SB 8 bans abortion as early as 6 weeks and puts a $10,000 bounty on anyone who helps someone get abortion care. Now more than ever, we need unapologetic abortion rights advocates to lay the groundwork to defeat anti-abortion lawmakers.

Chip in to organize Texans to restore abortion access in our state. The organizing we do today determines the gains we make in 2022.

If you’ve saved your payment information with ActBlue Express, your donation will go through immediately: